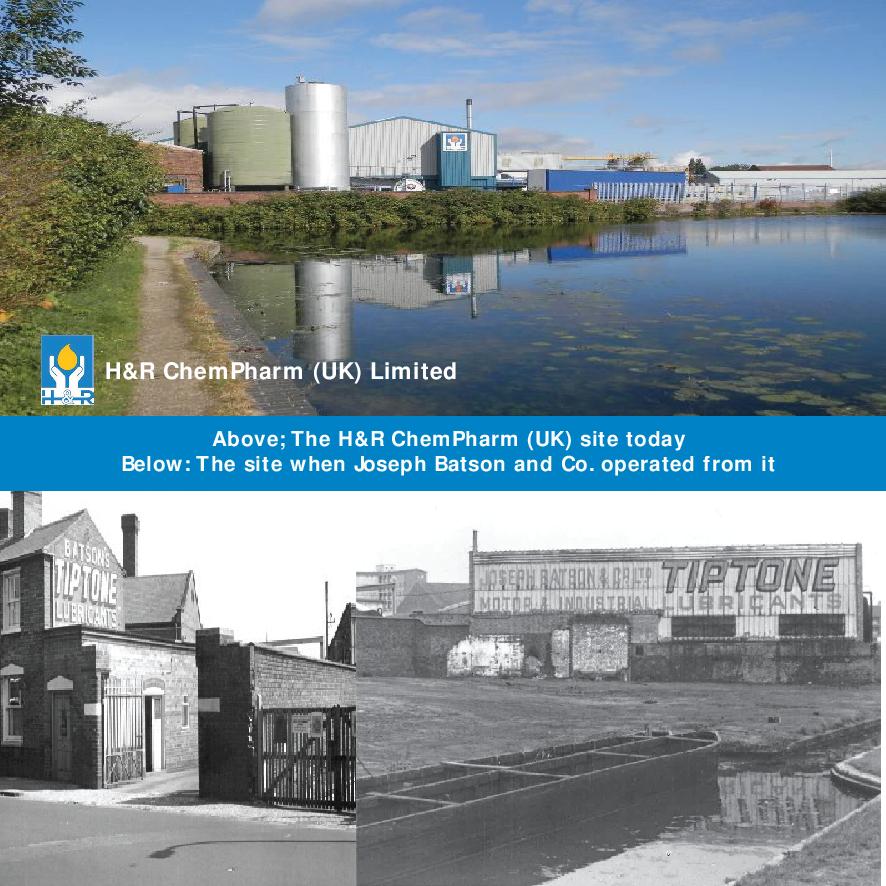 The date was chosen not only to mark the region’s industrial heritage, but the anniversary of the invention of the world’s first steam engine – the Newcomen Engine built in 1712 in the Black Country, a replica of which can be found at The Black Country Living Museum.

H&R ChemPharm (UK)’s own link to the area goes back to the 1840’s when Joseph Batson established an oils and lubricants business on what is now the site of H&R ChemPharm (UK) to supply the local metal working industry.

Today not much has changed in terms of the basic site which we believe could be one of the few in the area maintaining a link to what it was established for over 170 years ago.

*The origins of the Black Country

The Black Country is a region of the West Midlands in England, west of Birmingham, and commonly refers to all or part of the four boroughs of Dudley, Sandwell, Walsall and Wolverhampton.

During the Industrial Revolution, it became one of the most industrialised parts of Britain with coal mines, iron foundries, glass factories, brickworks and steel mills producing high levels of air pollution.

The first trace of "The Black Country" as an expression dates from the 1840s. The name is believed to come from the soot from the heavy industries that covered the area, although the 30-foot-thick coal seam in the area close to the surface is another possible origin.