Today's H&R started out as a small company in Hamburg. On 16 December 1919, Heinrich Hansen and Emil Rosenthal (brothers in law) formed the Hansen & Rosenthal Company in Hamburg, thereby laying the foundations for business success. In the decades since then, H&R has evolved into a successful global company with products such as white oils, paraffin waxes, base oils and plasticizers.

Very early on, it established a business relationship with oil-refining company Ölwerke Julius Schindler (OJS, set up in 1920) which grew increasingly important over the following decades. Among other things, white oils for medicinal purposes were produced here. Despite the difficult situation following the war, the company has been successful since the very beginning. This continued to be true even after the co-founder, Rosenthal, withdrew from the company in 1923, leaving Heinrich Hansen to run it on his own. His motto was: “Quality and absolute dependability!”

Steady growth and an increase in the number of employees soon made it necessary to move from the office on Hopfensack Strasse to larger premises on Grossen Burstah, near Hamburg City Hall. Following a new beginning in 1945 and the subsequent relocation of the office to Ost-West-Strasse, the company later moved to the building on Heilholtkamp. Since July 2005, the administrative headquarters have been situated in the newly developed Hamburg HafenCity, Am Sandtorkai, in the old historic warehouse district next to the Elbphilharmonie concert hall.

However the Hansen & Rosenthal Company has always remained faithful to its Hanseatic tradition: a down-to-earth approach and the maintenance of long standing relationships, complemented by worldwide contacts and expansion of business relationships on the other. On the timeline, you can click through the milestones in our company's history. 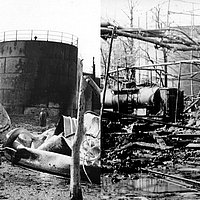 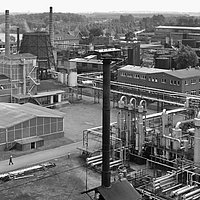 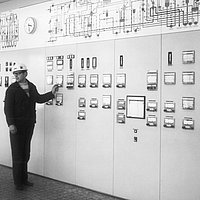 H&R has been concentrating on crude oil based specialty products since 1919. Although the two refineries - in Hamburg and Salzbergen - are over 100 years old, they are nevertheless the most modern of their kind. We have adapted the technologies in our refineries to enable us to serve attractive niche markets. Even today, we are constantly expanding our business, with particular emphasis on promoting awareness of our brands internationally.